Can You Put Hydrogen Peroxide in a Humidifier? Cool Mist or Warm Mist 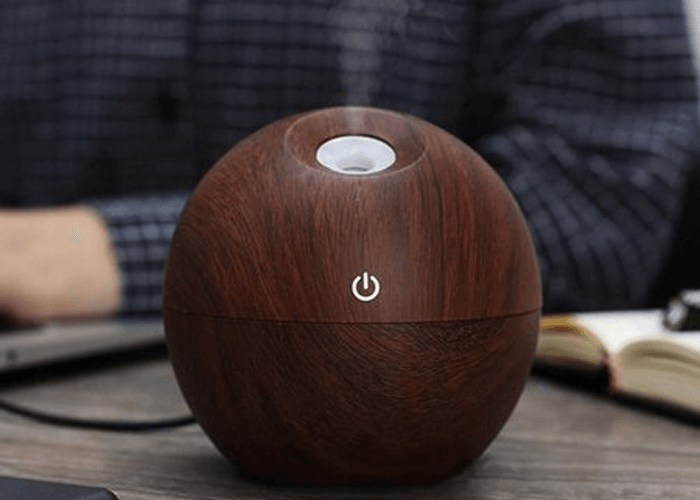 Sales of humidifiers continue to increase for various reasons. Some of you may live in climates where air conditioning is needed daily, or conversely, you use central heating for at least half of the year. Both air conditioning and central heating will dry the air you breathe, causing numerous problems, from irritated eyes through to respiratory issues.

Let’s be under no illusion that domestic humidifiers can be a Petri dish of bacteria. Under certain circumstances, the bacteria load can increase to a critical level that will place our health in jeopardy.

Let's find out how to use hydrogen peroxide in a humidifier.

Can I run hydrogen peroxide in my humidifier?

Most of you will fill your humidifier with a faucet or drinking water bottle. It is ok but not ideal. At this point, you can assume that your humidifier water container is overloaded with bacteria.

You can use a toothbrush to reach those hard-to-access areas, but it's only so good at cleaning while leaving bacteria still present in the water container. What is your option?

The best option is to introduce a 3% hydrogen peroxide mix into the humidifier, let the hydrogen peroxide do its cleansing, and eliminate the nasty bacteria. This will take a minimum of 30 minutes. After 30 minutes have elapsed, rinse the container thoroughly and leave it to air dry.

How frequently do you need to clean your humidifier?

To keep on the safe side and to prevent bacteria loads from increasing, clean your humidifier every three days. It may seem like overkill, but air-born bacteria in water can be dangerous and, in some instances, fatal.

Can you get Legionnaires disease from a domestic humidifier?

It is a controversial subject. Legionnaires disease is a severe type of pneumonia (lung infection) caused by Legionella bacteria. If the water is loaded with bacteria, particularly legionella, people can get sick when they breathe in tiny droplets of water or accidentally swallow water containing Legionella into the lungs.

You may be aware that legionella is commonly associated with large commercial water cooling systems where water vapor coalesces into droplets of water that are inhaled.

Don't think you are not susceptible to legionella. It is prevalent in hot and cold water outlets, humidifiers, wet air conditioning plants, and even your home's hot tub or whirlpool bath.

Legionella develops as the disinfectant or chlorine levels drop sufficiently to allow the bacteria to grow in the water. Once this happens and you are not aware it is a ticking bomb before you become ill, may be seriously ill.

Legionaries cause an aggressive form of pneumonia that can kill adults quickly.

Unless directed under medical supervision, you should be careful using a humidifier around neonates and infants.

There is a direct correlation to neonatal pneumonia cases, which you can imagine are challenging to treat and can be fatal.

A report as recently as 2020 concluded after an environmental investigation that domestic water humidifiers were credible sources of neonatal infection.

Once the humidifier has contaminated water, the bacterial load could be amplified significantly to cause legionnaires disease in an infant termed as aerosolized Legionella pneumophila.

It may sound incredulous, but the facts are there, and the mechanism of contracting legionnaire's disease is well proven.

Can you recover from legionnaires disease?

The majority of patients with Legionnaires' illness require hospital care, but with proper care, they will totally recover.

But among those who have this sickness, one in ten will pass away from its consequences.

Does hydrogen peroxide assist with health issues when used in a humidifier?

Suppose you have breathing difficulties from a range of issues, such as a simple cough through to asthmatic conditions that are hard to treat. In that case, you will find using hydrogen peroxide in a humidifier beneficial.

How should I use hydrogen peroxide in a humidifier for a cough?

First, let’s be clear that you should not be inhaling hydrogen peroxide through a nebulizer or by any other means.

Can you use food-grade hydrogen peroxide? No, food-grade H2o2 is 35%. It's used as a disinfectant to clean kitchen work surfaces.

Anything other than a specified amount could cause tissue damage, turning your cough into something much more severe.

Pneumonia is primarily an explosion of bacteria that attack the lungs, and pneumonia can be a complex illness to get over. In some instances, viruses can also cause pneumonia making this illness challenging to treat with conventional medications.

People who breathe hydrogen peroxide in specified doses through humidifiers are less likely to contract pneumonia through bacterial overload or a viral infection.

How to get the best from hydrogen peroxide in your humidifier?

People with the aforementioned respiratory conditions (emphysema, bronchitis, etc.) or pneumonia, COPD, and other lung problems are advised to use hydrogen peroxide humidification.

Avoid the heated vapor mist. It causes the hydrogen peroxide to give up one of its O2 molecules rendering it somewhat dangerous.

When hydrogen peroxide is heated, it loses its stability and breaks down into oxygen and water. The oxygen that is released during this exothermic breakdown is combustible if it comes into contact with flames.

If you use a heated humidifier, it's unlikely to have naked flames, but nevertheless, the hydrogen peroxide has become useless without any clinical benefits. Stick with a cool mist humidifier for the best results.

Where else can hydrogen peroxide in a humidifier be beneficial?

There is a lot of interest in hydrogen peroxide, and a recent study from the John Hopkins Hospital in the area of infectious diseases has proven that vaporized or aerosolized hydrogen peroxide is an effective way of killing germs that have become resistant to chemicals.

According to the researchers, this robot-like equipment was initially utilized in Singapore hospitals during the SARS (severe acute respiratory syndrome) pandemic in 2002 and afterward stored by numerous U.S. government organizations in case of an anthrax assault.

What we once accepted as an everyday routine treatment for cuts and grazes is now a superbug killer in leading hospitals.

Will hydrogen peroxide in a humidifier keep my home free from germs?

Look, a weak solution is going to help. Still, the primary purpose of your humidifier is to make the air in your home more breathable without drying your skin and all the other ailments that humidifiers are good for.

If you decide to use hydrogen peroxide in your humidifier as something more than a cleaning agent, you can expect some changes. Changes such as redness of skin and eyes.

Hydrogen peroxide is a powerful and potent substance. Did you know? Hydrogen Peroxide is one of the most powerful oxidizers known -- stronger than chlorine, chlorine dioxide, and potassium permanganate.

It's really not a substance to be played with. While using a 3% solution to disinfect your humidifier is perfect for cleaning and killing harmful bacteria, that's about as far as it goes for the public.

In industry and commercial establishments, hydrogen peroxide will come with what is known as an MSDS, a material safety data sheet that is issued with all chemicals and harmful substances. It tells you how to dispose of it correctly and what to do if you have a bodily injury from the substance.

However, for lesser mortals, you get some brief instructions on a bottle.

Let's go through some safety concerns; this is your priority first and foremost.

Food grade hydrogen peroxide is a robust solution of 35%, that's strong. It will burn your skin almost immediately. If you inhaled this through a humidifier, it could be good night Vienna for you.

A diluted solution of 3% hydrogen peroxide can cause skin irritation, such as redness—sore eyes, and pain. The probability is lower with a diluted solution, but if you are hyper-sensitive, this is a reality.

Ingesting hydrogen peroxide is a big no. If you gargle with a diluted solution for a sore throat, do not swallow. Your internal organs and membranes are delicate.

Inhaling hydrogen peroxide through a humidifier may cause symptoms of nausea: dizziness, shortness of breath, sore throat, and a headache.

If you experience any of these symptoms, get into fresh air as soon as possible, and if the symptoms persist, seek medical advice from your local emergency room.

Hydrogen peroxide is a powerful disinfectant perfect for cleaning the bacteria from your humidifier.