Why You Shouldn't Sleep Under A Tree? 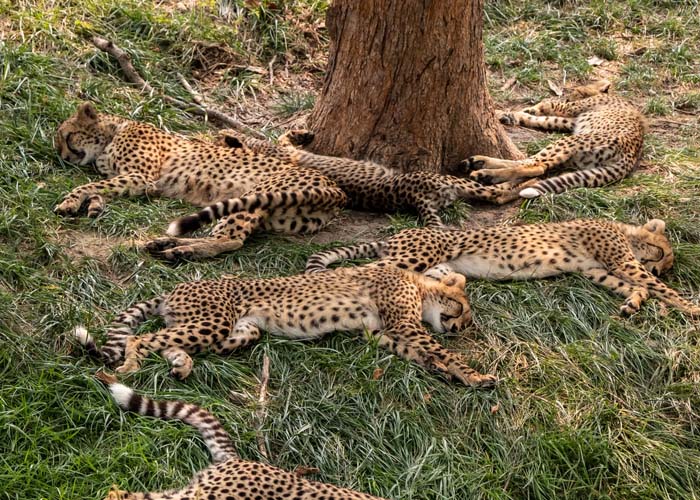 If you sleep under a tree, you will be protected from the elements, but are you aware of the risks? The problem isn't that fruit or branches can fall on you, but what we mention below. ‍

Sleeping Under A Tree During The day

We have established that there can be a possibility of being hit by falling branches and even the tree’s fruits.

Most trees bear small fruit, but even an apple hurtling towards the ground at its maximum velocity would cause quite a bump on any of your limbs.

At What Time Do Trees Release Oxygen?

During the daylight hours, the sun will release oxygen into the atmosphere. Oxygen is part of the photosynthesis process. Sunlight is essential. It reacts with the chlorophyll in the leaves to start the process of photosynthesis.

Can We Sleep Under A Tree At Night?

This is where science comes into play, and the real danger of sleeping under a tree is revealed. As mentioned, don't sleep under a tree at night; more information is below.

During the day, both photosynthesis and respiration take place. The glucose molecules are broken down into two elements, water, and carbon dioxide.

While at night, only respiration takes place, and the tree is exhaling carbon dioxide.

A good analogy for a tree is it breathes but has no lungs like humans. In the daytime, the tree releases oxygen, and at night releases carbon dioxide.

Let's talk about the basics of life. Humans breathe in oxygen from the air, and we exhale carbon dioxide, simple yes?

Our atmosphere contains air with a proportion of oxygen being twenty percent and nitrogen at seventy-nine percent, leaving one percent of the atmosphere for other gasses such as argon and, of course, water molecules.

The second is phytoplankton in the oceans. In fact, the oceans absorb the majority of carbon dioxide. If this were not the case, the human race would be in jeopardy as deforestation continues.

These two absorption methods also give oxygen back as part of the process, as explained below.

We know from science that two processes are going on within the plant's body, photosynthesis, and respiration.

Photosynthesis is when the plant prepares its food creating sweet sugary sap that powers the tree to grow.

The process of photosynthesis requires carbon dioxide, sunlight, and chlorophyll. Chlorophyll is present in the tree’s leaves (it makes them green), and the other elements are in the atmosphere.

When these elements are combined, the tree creates glucose for food. The glucose also feeds other microorganisms in a symbiotic relationship. And the final part of the process is the tree gives oxygen which will all know is essential for life.

Weight is measured by the size and gravity of a molecule.

Oxygen rises because its molecular weight is lighter compared to other gasses. One percent of other gases are lighter like helium; we use helium to make party balloons float.

Carbon dioxide molecules are three times heavier. Causing them to sink in an invisible haze close to the ground.

What About Air Movement?

There is always some kind of air movement in either hemisphere, and with air cooling, the air falls to the ground and is subject to correlate at night.

Cooling causes the air to swirl as it drags song the ground. This phenomenon can be witnessed in the change of wind direction during the day. The wind in the late afternoon may have changed by as much as ninety degrees in direction.

How Do Animals Survive in Forests?

One can only assume that deer or hogs have their heads high enough above the pooling carbon dioxide.

Smaller animals have fewer respiratory requirements when it comes to the amount of oxygen they need, and also evolution will have to play a part in their survival.

Does It Matter What Kind Of Tree

Warmer climates have a range of trees that can bear rich fruit. Have you ever seen the size of a jack fruit hanging on a tree? They are enormous and can weigh more than 20 pounds.

Coconut trees kill more people per year than shark attacks. The figure is around 150 people each year are killed by the delicious falling nut.

This statistic has been loosely verified by the researchers who compile Florida's International Shark File.

So, what's the big deal? A coconut can weigh up to 3 kgs. Suppose you have the time and inclination to calculate the velocity of coconut of an average weight of 2.5kg falling from a thirty-foot-high tree. In that case, you will come up with a figure of approximately seventy-one kilometers per hour.

It is easy to understand why you should never sleep under a tree that sheds its fruit.

The next time you think you'll be safe going to the beach in America or the Caribbean, think again. Apart from everything that lives in the ocean that wants to eat you, there is a ‘Manchineel’ tree.

This species bears poisonous apples and has toxic sap.

Sitting under a Manchineel tree for shade from the midday sun will likely result in the falling sap burning your skin. It is so toxic and poisonous that people are warned not to shelter under the tree when it rains.

The tree has long trumpet-like flowers, but that's where the attraction ends. Almost every Colombian knows to stay away from this tree and would never sleep near it.

It is closely related to deadly nightshade, a notorious plant that can be fatal.

If you sleep under a Borrachero tree, you will sleep under chemical hypnosis. Even if you appear healthy from the outside, the drug takes over your free will.

Scopolamine blocks neurotransmitters in your brain, and you simply become like a child and follow whatever instructions are given to you.

Do All Trees Exhale Carbon Dioxide

Certain species of trees exhale oxygen through the night. These trees are usually found in the Americas and turn upside down what we know about photosynthesis and respiration.

It's not just trees that can release oxygen through the night. Plants like Aloe Vera emit oxygen around the clock.

The Importance Of Trees

Most of us know that trees are referred to as the lungs of the planet but did you know we need approximately four hundred and twenty-two trees for every person to generate enough oxygen for us to live?

That's as much as all the trees in Canada and North America combined.

Do Some Trees Absorb More Carbon Dioxide Than Others?

Yes, this is true. Some species of trees absorb more carbon dioxide than others.

All of the trees mentioned have a lot of foliage, so photosynthesis is very active in these particular trees.

Interestingly the trees mentioned are found in the northern hemisphere. Yet, we rely more on the world’s tropical forests to absorb most of our carbon dioxide emissions.

The importance of replanting forests in the northern hemisphere cannot be overstated as we struggle with global warming.

How Much Of The World's Oxygen Is From Trees?

Scientific evidence indicates that approximately seventy percent of the world's oxygen comes from trees, mainly tropical forests. The other thirty percent is from other plant life that emits oxygen in smaller quantities.

Some oxygen is generated from the oceans.

Do Trees Relax Their Branches At Night?

Amazingly the answer is yes. There is evidence that trees do not precisely sleep, but they have a resting period where the activity is less, and the tree relaxes its branches.

The level of relaxation for the tree depends on the specific tree, but yes, they do relax.

Why you shouldn't sleep under a tree is clear, The carbon dioxide is three times heavier than air and will pool around the base of the tree if you would like to sleep.

During this process known as respiration, the oxygen that usually occupies the space at the tree’s base is pushed away by the much heavier carbon dioxide.

Without air and oxygen, in particular, we cannot breathe and will expire quickly.

Don't sleep beneath a tree wherever in the world you may be.